The EVO II Pro RTK provides a proven, accurate, durable, and user-friendly Unmanned Aircraft System (UAS) for numerous applications, including the creation of surfaces, point clouds, and orthoimages with Carlson PhotoCapture, as well as feature extraction and CAD plans with Carlson Point Cloud.

Available in packages with both PhotoCapture and Carlson Point Cloud to take your aerial data to finished deliverables, the EVO II Pro offers up to 36 minutes of flight time, high accuracy positioning with its detachable RTK module, a 20MP camera with 1″ sensor, and built-in mission planning for simple setup in the field.
I'M INTERESTED ! 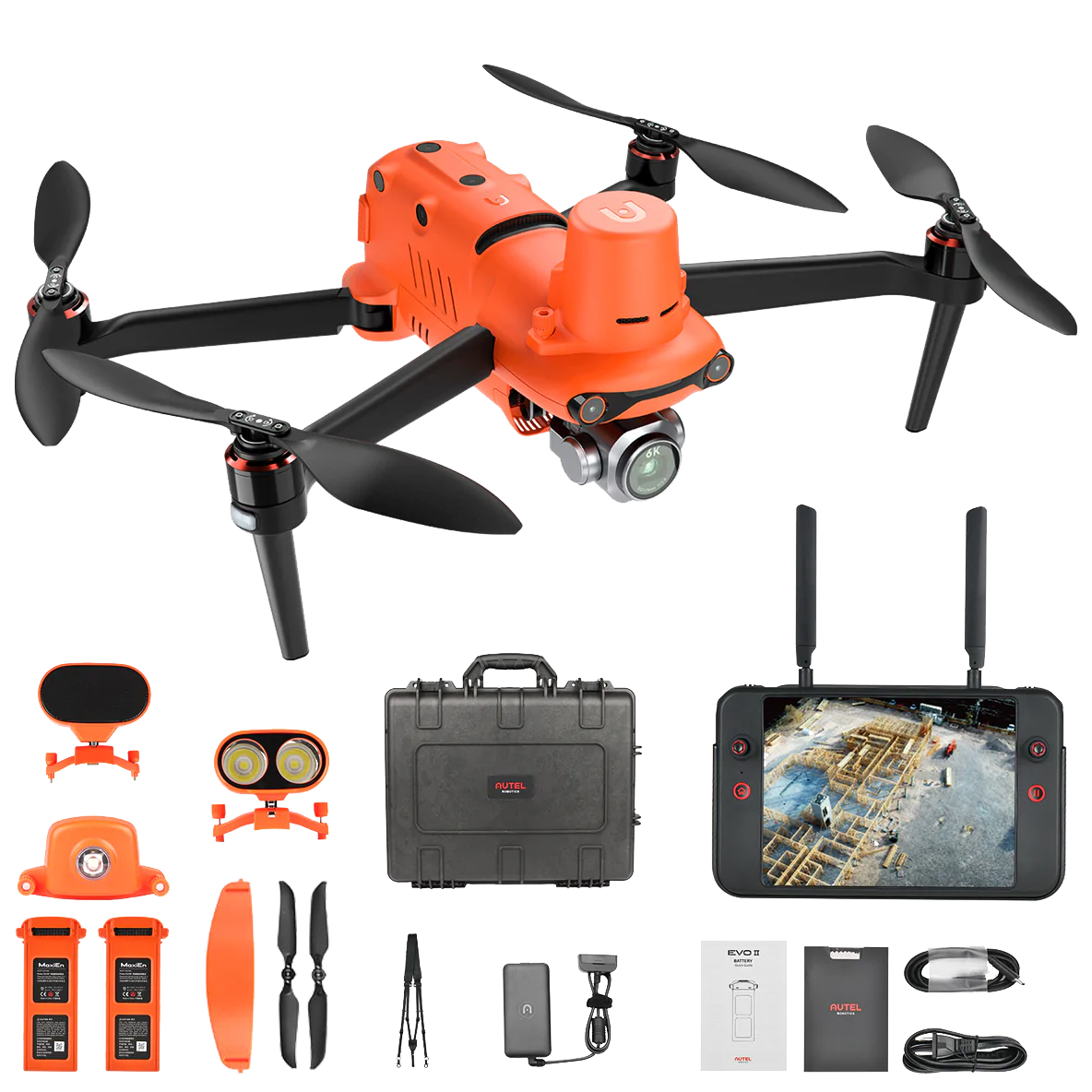 With Carlson PhotoCapture drone photo processing software, you can use the date collected with your EVO II Pro RTK to: PhotoCapture is available both as a cloud-based service and as an unlimited, standalone desktop application

Carlson Listen-Listen is a cloud-based service that sends corrections over the cellular data network from a base BRx7 to a rover or RTK drone. Available to Carlson SurvCE and SurvPC customers using Carlson’s BRx7 GNSS receiver as a base station, the system eliminates the need for network corrections, is available with NTRIP for RTK drone support, and is hosted through Amazon Web Services for unlimited processing power, speed, and bandwidth.